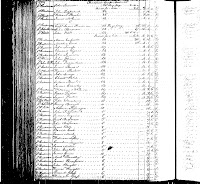 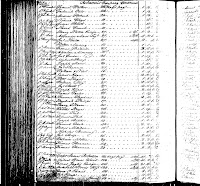 I found 1775 Veteran's Compensation Lists that include Samuel Pack and James Ellison for Dunmore's War (please see my earlier Post for the full story on the Pack, Farley, Swope, Ellison involvment in the war).
Just today I came across a typed transcription of Michael Woods' letter to Colonel William Preston (via a book titled "Dunmore's War" Library of Wisconsin Historical Society). The Farleys are spelled "Farlor". My hunch is that either Woods spelled their names the way they were spoken to him (in an accent), or the transcriber spelled the names wrong. Either way, presently, I can't track down the original letter. As I mentioned in the earlier post, Michael Woods lived on the New River and was responsible for mustering men in present day Southern West Virginia for the war.
Taken from the book "Dunmore's War" by the Wisconsin Historical Society (a part of the "Draper Manuscripts"):

"Also there is a few men that lives in a String on the other side of the River that ever will be unconvenient to any other place to Muster at for they would not have above 7 or 8 Miles to a Muster here; and if they must go Elsewhere they Most of them Must Go 15 or 20 Miles to Muster and the names of these is

and some others that I do not know their names. Also I must acquaint you that the most of these men is bad off for arms and ammunition and I believe Cannot get them. All from yr. Servant at Command"

I could not find any Swope on the list (the veteran's compensation list), but I will continue to look.
Note: The Packs were in Robertson's Company, Ellison was in Henderson's Company.
Click on the images to enlarge
Posted by Brian.... at 7:09 PM