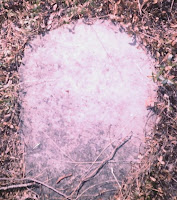 For in-depth research into your own branch of the Meadows/Meadors I suggest the following user's information on 'lively roots'. I found it the most accurate and reliable source:

Along with the Lillys, Packs, Ellisons, Walkers, Coopers, etc., the Meadows/Meador family make up a large group of descendants with a common ancestor in the southern part of West Virginia.

Both Joel and Josiah Francis were sons of Jonas Meador (Meadows) Sr. and Frances Hudgens born in Essex, VA and Franklin Co. respectively.

First, what's up with the different spellings of the last name? There are different theories.
There is a story that Josiah Francis was guilty of an act of treason and absconded to the Blue Ridge mountains around 1760 (hence the change from 'Meadows' to 'Meador'). There is also a story that one of the meadows/meadors had a disagreement with a family member and decided to change the spelling of the last name. I can not substantiate these claims with primary source material, so these remain just stories. My own theory is that, not unlike other names, the name may have changed because of pronunciation-spelling issues. After all, old documents sometimes spell the name Farley as 'Farlor', Basham as 'Bassham', and Halstead as "Holsted". These were the days before ID cards and digital records.

I do know that Josiah Meadows spelled his name "meadows" at least in records that I came across. One record was a 1844 declined war bounty for the Revolutionary War. I'll try to include the record here (it's pretty long).

Anyway, Josiah married twice. First to Lavina Moody, then to Mary Kesiah Bell. Mary and Josiah had a daughter named Edith (1775-1860)* who married Edmund Lilly (1772-1832)**. And one of their sons was John "Snakebite" Lilly - grandfather to Ida Jane Lilly (and this is one way my branch connects to the Meadows).

My family connects also to Joel Meadow/Meador (brother to Josiah). Joel married Susannah Clark in 1748. Margaret Meador (born Oct 11, 1794) married Andrew Lewis Lilly (born 1817) and I believe she is a grand daughter to Joel and Susannah. I am not sure though and I am still working to verify that.

Another connection: Jesse (son of Joel and Susannah) had two daughters (maybe three IF Margaret was a daughter): Ama and Frances. Both married Bashams: Ama to William Lloyd Basham (born abt 1797) and Frances to John Basham. My family descends from Ama and William Lloyd Basham (parents of Meador Basham, grandparents of Alexander Basham, and great grandparents of John Wesley Alexander Basham).

When researching your connection to the Meadows family I advise several things. One, be careful about not getting confused over names. There were many Francis/Frances and Josiahs...sometimes in the same generation. Also, the last name spellings can throw you off. Another frustrating factor is that people would sometimes use their nicknames/middle names as their first name... Francis instead of Josiah.

**Edmund Lilly is buried at the Lilly-Crews Cemetery at Nimitz.