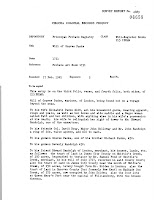 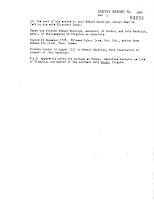 My comments in bold.

image: will of Graves Packe, 1731, via Library of Virginia Online
The following is taken from The Virginia Magazine of History and Biography, Vol. 4, by the Virginia Historical Society, 1897:
"Graves Packe, was a justice of York [York Co, VA] from 1719 and high sheriff 1726 and 1727. From the William and Mary Quaterly, Vol. II (quoting the Maryland Gazette), it appears that in May, 1765, a schooner going from York river up the bay, was lost, and that among the passengers who perished was, "Mr. Graves, son of Mrs. Sarah Packe of Williamsburg, a very hopeful youth, of about 18 years of age." Mary, daughter of Stephens Thompson, Attorney-General of Virginia, and sister of Mrs. Ann (Thompson) Mason, married first, Robert Booth, and secondly, Captain Graves Packe. She had one child by her second husband, who died in infancy. Captain Packe married secondly, Sarah -. Under date, Feb. 16, 1740, is referred to a legacy to Edward Randolph, of London, merchant ("now residing in Virginia"), under the will of Graves Pack, late of London, mariner, [pound sign] 25 virginia money. Doubtless Captain Packe, like many masters of ships, had an estate in Virginia, and
occassionally lived here."
What I can't understand is if this is the Graves Packe purportedly the father of Samuel Pack, Sr.
1. The dates I run across are that Graves was born in 1680 and died in 1723. Either these people are wrong about the dates or this isn't the same man.
2. The will states that he leaves 50 pounds to his godson Graves, son of Richard Packe
So, is this Graves the father of Samuel Pack, Sr. or is this Graves great uncle to Samuel Pack, Sr. ?
Posted by Brian.... at 8:35 AM