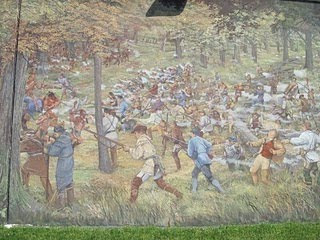 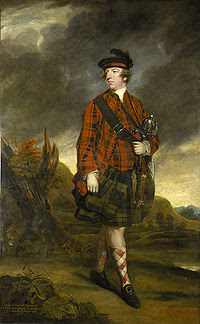 The following is taken from "Annals of Southern West Virginia 1769-1800", Wikipedia, Ancestry.com sources:
The Battle of Point Pleasant was the only significant battle of Dunmore's War of 1774.
For years, Shawnee, Mingo and Cherokee laid claim to the land south of the Ohio for hunting purposes. In an attempt to make peace with the British and deflect hostility away from their own tribes the Iroquois Indians signed the Treaty of Fort Stanwix. However, some Indian tribes were present and refused to sign (including the Shawnee). Those tribes that did sign were paid by the British crown.
Due to increased pressure from land speculators and settlers, the British government signed the Treaty of Lochaber, 1770. The Cherokee relinquished their rights to land in parts of North Carolina, Virginia, and present day southern West Virginia; however the Shawnee and other tribes did not.
The Shawnee (led by Chief Cornstalk) refused to give up hunting grounds south of the Ohio (Shawnee built villages along the eastern coast, two of which were at present day Moorefield, WV and near Winchester Va).
As settlers began pouring into the Ohio River Valley the stage was set for Native-Anglo conflict.
In 1774, Lord Dunmore asked the Virginia House of Burgess to declare war on the Shawnee and their Mingo tribe allies. Subsequently, British diplomats managed to keep the Iroquois and Delaware tribes neutral during the conflict.
Lord Dunmore split his forces into two armies: commanded by himself and Col. Andrew Lewis (whom the city of Lewisburg is named).
Over 1100 able bodied men were assembled by Lewis at Camp Union. Lewis's army marched up the New and Kanawha Rivers with instructions to meet Dunmore's forces at the mouth of the Kanawha. However, once there, he received instructions to cross the Ohio and engage the Shawnee. On Oct. 10 Chief Cornstalk surprised Lewis's army. The Battle of Point Pleasant lasted for a day. Although Lewis and his forces "won" the battle and drove the Indians back, the ratio of Virginians killed to Shawnee was 5 to 1 in favor of the Shawnee.
As a footnote: some historians consider Dunmore's War the first war of the Revolution. Some accounts (and those of Lewis's ancestors) claim that Dunmore was two-faced. The governor was suspicious of colonist animosity with the British. In lieu of this, he may have tried building a coalition with Cornstalk in talks before Lewis reached his own forces. Lewis's presumed defeat would then squash the forces of the recalcitrant western Virginians.
--for a more detailed reading, check out "Wikipedia's Dunmore's War". There are also a number of books written on the subject.
Our ancestors who fought in this battle:
Francis, Thomas and and John Farley:
The Farley brothers spent several weeks constructing Fort Randolph (Point Pleasant) and assisted in getting the sick and wounded back to their homes on the Greenbrier and New Rivers. Thomas is buried near Sugar Run at Walker Creek in Giles Co., VA. Francis died at Shawnee Town, Illinois in 1829 at the age of 103.
Francis was in Michael Woods' Company during the Battle of Point Pleasant. He was also in Henderson's Company in 1782, and was one of Caperton's Rangers on the Greenbrier and Kanawha rivers.
Samuel and George Pack: See my Blog update posted 10/1/2011 for documentation!
Note: From a letter written by Michael Woods to Col. William Preston, dated May 29, 1774. He writes: "there are a few men who live in a string [stream] on the other side of the river that will be forever unconvenient to any other place to muster at, for they would not have above seven or eight miles to a muster here; and if they must go elsewhere they most of them must go 15 or 20 miles to muster (this list includes Samuel Pack and his brother George)"
James Ellison, Sr.:
1775 Compensation List for Dunmore's War...See my Blog update 10/1/2011
John Swope (possibly an ancestor/distant relation to Michael Swope) also served.
Posted by Brian.... at 7:04 AM 2 comments:

The following are excellent resources for anyone interested in Summers County history and/or conducting research on their family from the general area:
-Summers County History, 1984 by the Summers County Genealogical Society.
(a copy is on file with Concord University. There may also be a copy at the Summers
County Library).
This book is very informative and includes compiled information and photos from a number of other sources.
-Historical Genealogy of the Basham, Ellison, Hatcher, Lilly, Meadow, Pack, Walker and Other Families, by Charles Silas Hatcher, 1908, unpublished.
(a copy is on file at both Summers Co. and Raleigh Co. libraries).
Hatcher's book is probably the most unbiased written account of the history of these families.
It is not error free. For instance: Hatcher claims that First Lady Lucy Webb Hayes was related to the Packs and other families. I traced her genealogy and did not come up with that conclusion. She was a Cook on her mother's side and her family originated out of Kentucky. She was a very popular first lady which might account for all the fuss.
-History of Summers County, James H. Miller, 1908.
For all its inaccuracies, hyperbole, and political gamesmanship, the book is an interesting read. If you find information about your own family here, double check the information!
-Lilly Family History 1566-1997.
(most are in private ownership- check with a member of the current Lilly Reunion Board)
The Lilly family did a first class job researching their family and descendants. It is an intelligent and carefully researched book. It includes information on cemeteries and anecdotes about various Lillys throughout history. It also contains excerpts from Hatcher's book, maps of the village of Lilly, and lots of photos.
-Cemetery Records of Summers County/Cemetery Records of Monroe
(Monroe County cemetery record can be found at the Raleigh County and Monroe
County Libraries)
Of course, I only researched specific people from my own tree and where they are buried.
Be very patient if you go in search of a cemetery/tomb. Roads change over time, and cemeteries can fall into disrepair. I discovered a few cemeteries of my ancestors had been plowed over by private owners. Do not get frustrated: people just assume that if a cemetery hasn't been visited in decades that no one then cares. Many cemeteries were (and continue to be) on private farms throughout Summers (and what was once Mercer/Monroe).
I should add that the books sometimes assume someone is buried in a specific location. They also recorded burial plots via word of mouth. You will then go to the cemetery and discover tombs that are unmarked or don't exist.
WV Archive Online
This is a great resource for marriage/birth/death records.
Ancestry.com
Ancestry is a fee based site. It contains U.S. Federal Censuses, family trees, newspaper articles, etc. It is a great source.
As always, with any kind of research, keep an OPEN MIND. Just because someone in your family tells you a story/juicy tale, does not mean that it is a fact.
My family has insisted for years that because one of our ancestors was a Bouvier that we are related to Jackie Bouvier Kennedy Onasis. I did the research and found that we are not directly related to her. Also, my grandmother insisted that our Lilly ancestors were French and, therefore, separate from the other Lillys of Summers County- which proved to be false. Just
because your grandmother said so, doesn't mean it is so!
On the other hand, don't be afraid to ask elders in your family. Hopefully they will be helpful.
Some people in my family were unwilling to view or make copies of photos. I even offered to pay for copies or to make scans. Some people are just plain quirky and selfish. If your family is strange like this, search out other avenues to find photos. Check newspaper articles, contact genealogy societies and local historians- they can sometimes be very helpful.
Local historians can be very helpful but keep in mind that a true, professional historian will share sources- you might have something he/she can use and vice versa. I spoke with a local "historian" via phone once. He was reticent about sharing information. It was pretty clear this guy was selfish and untrained. My advice to you when you run up against these people: thank them for their time and move along.
Lastly, do not get frustrated about this or that sordid tale about your family. My own family has a few. It's called human nature: people make mistakes, sometimes sleep around, get embroiled in lawsuits, and tell tall tales. They were human. And, as the poet Alexander Pope said: "To ere is human".
Posted by Brian.... at 6:08 AM 1 comment: